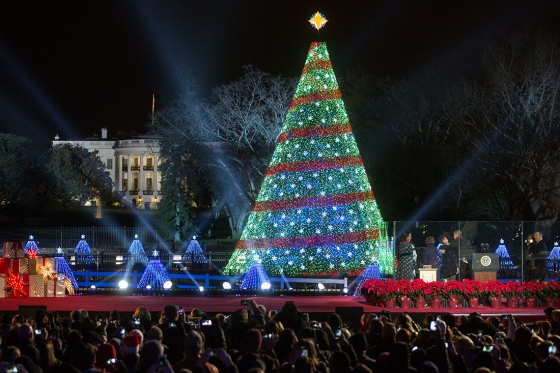 HISTORY  OF THE CHRISTMAS TREE

Christmas tree, It is a very popular element in the Christmas season. In the early days the smaller pine trees were used. Although now, synthetic plastic trees and other pine-shaped materials are purchased.It is decorated with ornaments such as colored balls of glass or other less fragile material, lights, stars, bows, tinsel, garlands or other decorations.

The star is the representation of the east star mentioned in San Mateo, it was the star that the Three Wise Men referenced to guide and take the gifts to the child God. The gifts are usually located under the tree and are distributed on Christmas Eve. Christmas motifs are also commonly used in the Christmas tree, and lights that signify the hope and joy of this time of reflection and union.

ORIGIN OF THE CHRISTMAS TREE

According to hypothesis its origin goes back to the Central European Celts, who represented with the trees their Gods. The existence of the God of the Sun and fertility was celebrated with a great tree, the Tree of the Universe, of which it was said that in its cup was the sky and in its deep roots the hell.

Over the years and the expansion of the Catholic religion began to replace the tree to God Odin by a pine to honor the Christian God. It is said that this was thanks to the teachings of St. Boniface, evangelizer of Germany.
He cut a tree that represented the Yggdrasil (or a tree consecrated to Thor), and instead planted a pine, perennial species, which served to symbolize the love of God.

The tree was decorated with apples that represented the original sin and with candles that represent the light of Jesus Christ. As we can see Christianity began to adopt the idea of ​​the tree to honor Christ.

In this sense, the first formal Christmas tree appeared in Germany in the year 1605, and from there it spread to the entire Christian world. Decades later the figure of Santa Claus, also known as Santa Claus in the Latin American regions, was added, and as a commercial strategy they began to present presents on Christmas night, these gifts are previously located under the Christmas tree.

This element so popular today, came to Finland in the year 1800, while England did it 29 years later, and in Windsor Castle was first seen in 1841, by the hand of Prince Albert.

In Spain it began to become popular since 1870, after a princess of Russian origin named Sofía Troubetzkoy, widow of the Duke of Morny, contracted second marriages with the Spanish aristocrat José Osorio y Silva, Marquis of Alcañices. For this reason, the widow installed the first Christmas tree in her residence: the palace of Alcañices located in Madrid.

In Guatemala, the custom of arming the Christmas tree came during the war when American bases were installed, soldiers and officers were responsible for propagating the custom, when Christmas was celebrated at the American Club.

Therefore, the wealthy Guatemalan families of the time copy the custom. Over the years the custom spread to several layers of society. The one of the Guatemalan pineapple began to be scarce reason why the environmental authorities prohibited its commercialization and they suggested the use of synthetic trees.

DECORATIVE ELEMENTS OF THE CHRISTMAS TREE

Christmas motive balls: these resemble the apples that San Bonifacio hung in representation of capital sin. Currently they are striking color balls allusive to Christmas: red, white and green.

Star: located on the peak of the tree, represents the faith that guides the life of the Christian, remembering the star of Bethlehem.

Sphere: representing with them the temptations. Today, it is customary to symbolize the gifts of God to men.

Ties and garlands: are used to represent the union of families and loved ones around Christmas and the birth of the Child God.

Lights: they represent the light of Christ.