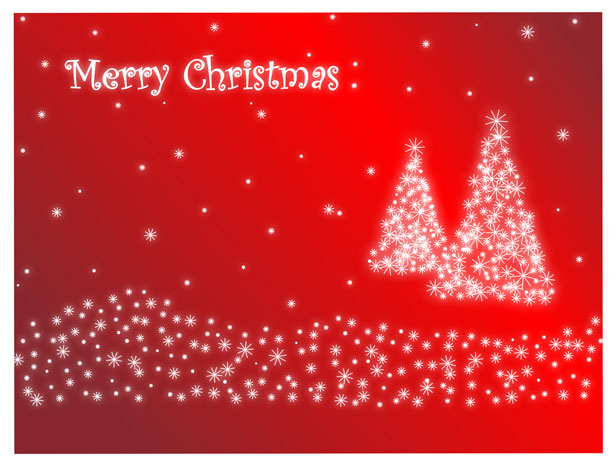 The Christmas is a Christian holiday celebrated in most of the world since the fourth century AD . It is commemorated on December 25 due to the cultural syncretism between the birth of Jesus of Nazareth and several pagan festivals of Roman and Celtic origin. Due to the first cause, the word Christmas is related to Natividad in Spanish .

Although it is true that neither the Old Testament nor the New Testament explicitly says the date when Jesus was born, if the day of birth can be elucidated from the Gospel according to Luke. Here it is stated that Jesus was born six months after John the Baptist. And in Chronicles it is said that in the temple there were 24 priests who officiated in shifts. And that Obadiah was the eighth, so it can be deduced that he served in the first days of June. Following these calculations, and assuming that both John’s mother and Jesus had normal pregnancies, Baptist was born in March and Jesus in September. Although there are several hypotheses, one of them based on the Dead Sea Scrolls, in which Jesus was born on January 6 or in the month of December or the month of June.

However, it was not until AD 350 when December 25 became the official date of the birth of Christ . Everything happened in the Roman Empire , where it was customary to celebrate Saturnalia , a festival that lasted seven days in honor of Saturn (Cronos), and reached its climax on December 25. Pope Julius I then requested that the birth of Jesus Christ take place on that date so that the Romans could convert more easily to Christianity. And already in the year 354 AD, Pope Liberio turns into reality the request of his predecessor. In the year 379, you can find for the first time the reference to a banquet in Constantinople, like those made today, under the archbishopric of Gregorio Nacianceno.

To this day, Christmas has been banned in several places and for various reasons. At the time of the Protestant Reformation, it was banned because of its close relationship with both the Catholic Church and ancient pagan traditions. In England, while the English Civil War was taking place in the year 1647, it was forbidden by the Puritan rulers; but the people did not agree and manifested in several cities, to the point of taking Canterbury. In 1660, the prohibition was lifted, although part of the clergy continued to view the celebration with suspicion. In the same way, in 1659, Christmas was declared illegal until 1681 by the influence of Puritans from New England. It was necessary then, in the first half of the nineteenth century, some intellectuals to save the tradition. For example, Charles Dickens wrote in 1843 A Christmas Tale, which was essential for the restoration of the festival.

Read- 10 Habits To Make You The Most Successful Person: The Secret Sugar To Success

In the beginning, Christmas was a party where it was shared as a family, but later it became a celebration in which gifts were distributed . This is due to the ancient Roman tradition of Saturnalia to share presents, and the figure of Santa Claus , which has its origin in San Nicolás de Bari. This was born in Turkey approximately in the year 280 AD, and it is in this country where several key stories have been collected for his transition to the current Santa Claus. In one of them, it restores the health of several stabbed children. For this reason it is associated with childhood. And he is related to the gifts thanks to a story in which he helps the father of three young women without dowry, to whom he gives them bags full of gold so that they could get married.

In 1863, Saint Nick became a chubby man with a beard and white sleeves because of Thomas Nast’s illustrations for his Christmas comic strips in Harper’s Weekly. Then the Lomen Company adds to the figure of Santa Claus his residence in the North Pole and the sleigh pulled by reindeer.

And in 1931, Coca-Cola contributes to the popularization of the red and white colors, as well as the figure itself. This is how the habit of receiving family time became a need to give gifts to others, especially children.

Read- The Origin Story of Tesla

Among its customs, beyond the exchange of presents, we can find the luminous decoration and introducing a pine tree in the house, under which the gifts will be placed; the crown of Advent placed somewhere in the home and the dinner of turkey, lamb or pork; the Novena of Aguinaldos and the carols; the creation of a manger, stockings filled with sweets and Christmas cards; among many others.

what is Netflix ?How to Use Netflix for Free

How to File A Complaint In The Consumer Forum in 2019. What Are The Recent Changes and Full Details of All The Latest Changes in Rules.