Most Intelligent People Of All Time | A brain is the most obscure part of the human body. The brain controls many things that go around in the human body every now and then. We see the brain of some people quite different from others. Some brains are fastest when it comes to learning and creativity.

With others, it is relatively slow. Intelligence is measured by the power of the brain and the logic is simply that a person whose brain acts faster than others is regarded as the intelligent one.

The Most Intelligent People Of All Time has the highest IQ level and contributed to the development of society along with the many discoveries and inventions.

There have been many Intelligent people that ever lived. To choose only some of those people is not an easy job.  But we sorted out some who are rated very highly from others in human history to be the Most Intelligent People Of All Time.

Let u take a look at the people who are regarded as the most intelligent of all Top 10 Most Intelligent People Of All Time.

10 Most Intelligent People Of All Time. 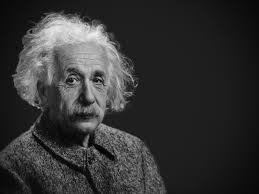 The very name “Einstein” is synonymous with genius. The German born physicist is famous for his formula E = mc2. In 1921 he received the Nobel Prize in physics “for his services to theoretical physics and especially for his discovery of the law of the photoelectric effect”. This was the pivotal step in the evolution of quantum theory, which explains the nature and behavior of matter and energy on the atomic and subatomic level. He also participated in developing nuclear fission, an endeavor he later regarded with mixed feelings when it was weaponized as the atomic bomb. At the age of 76, he died from an abdominal aortic aneurysm in the year 1955.

Stephen Hawking is known for his contributions to the field of cosmology, general relativity, and quantum gravity, mainly in the context of black holes. In the 1960s and 1970s, he made the theoretical prediction that the black holes should emit radiation, which is today known as Hawking radiation. His revolutionary book  ‘A Brief History of Time’, published in 1998, discussed his discoveries including his development of the ‘The Big Bang Theory’. The book stayed in the New York Times best-seller list for 147 weeks and has sold more than 1o million copies all around the globe. Due to his inspiring battle with ALS and his undying love for physics, Hawking is viewed as a symbol of knowledge and intelligence in pop culture.

Marie Curie is perhaps known best for her groundbreaking research in radioactivity which was instrumental in the development of x-rays in surgery. She’s also the first woman to win the Nobel Prize, the first person to win it twice in physics and then in chemistry and the first woman to teach at the Sorbonne. In 1895 she married, and together with her husband Pierre, they toiled on research in the new field of radioactivity. When Pierre died, she continued the work and took over his teaching post. After the awarding of her Nobel Prizes, she became a famous face of science and used her influence to get funding for research into radioactivity. when the first world war comes Marie helped to equip ambulances with x-ray equipment which she herself drove to the front lines. However, her long years of work with radioactivity elements weakened her health and caused her death in 1934

Inventor and engineer, Nikola Tesla was acclaimed for his contributions to the design of the modern alternating current (AC) electricity supply system that we still use today. In the early  1880s Tesla worked under Thomas Edison for a short time before he struck out on his own to strengthen his AC discoveries in an effort to provide free electricity for the entire world. But after a series of unsuccessful attempts to go it alone, and with Edison repeatedly stopping him in his tracks, Tesla wound up pretty much penniless. He died in 1943, but it wasn’t until 1960 that his come back into public knowledge, thanks to the General Conference on Weights and Measures choosing to name the magnetic flux density unit, the Tesla. Today we know the name thanks to Tesla Motors, the car company which makes electric cars. 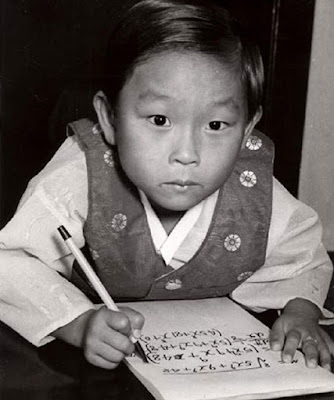 With an IQ score of 210, South Korean civil engineer Kim Ung-Yong was recorded by the Guinness Book of World Record as one of the most intelligent people of all time. Born in 1962, he was only 4 months old when he started talking and by the age of  3, he could speak Korean, English, Japanese and German. By 4 years old, he penned two short books of essays. A year later, an article was published about his extraordinary intelligence in Look magazine and after reading it, a teacher from Grant High School in Los Angeles wrote to Ung-Yong. In Feb 1967, his father applied 5-year-old Ung Yong to be enrolled at the high school. He went to the US to study and later ended up working for NASA for the better part of a decade. At age 18 he quit his job at NASA and moved back to his country. He is currently a professor at Chungbuk National University.

During world war 2 Turing helped to crack the Enigma machine, which the German military used to send cryptic messages. Winston Churchill considered his work to be crucial in winning the war. He’s not just known for defeating the Nazis with his code-breaking skills though, his mathematical work is the basis of modern computing. iPads, Facebook, Mobile phones are all based on his ideas. He also created the Turing test in the 1950s as a means of gauging a computer’s intelligence. The test, in which a computer attempts to fool a human into thinking he is talking to a real person, is still a benchmark for AI today. But he didn’t have an easy life. In 1952 he was prosecuted for homosexual acts when being gay was illegal in the UK. He accepted chemical castration treatment, as an alternative to the prison. Two years later he died from cyanide poisoning. He was granted a posthumous pardon in 2013.

Sir Isaac Newton’s wide range of discoveries, including his groundbreaking work on the laws of motion and gravity, formed the basis for modern physics. But arguably his true genius comes from how he applied those theories to the universe at large, explaining the motions of the Sun and planets in a way that had never been done before. His book,’ Principia Mathematica’, still remains one of the most influential texts in recorded history. In it, Newton breaks down the workings of the solar system, explaining the nature of planetary orbits and the pull between heavenly bodies.

Columnist and author Marilyn Vos Savant made history in 1986 when she was named in The Guinness Book of World Records as the person with the highest IQ. At the age of 10, she scored 228 on the Stanford-Binet Test, a test used to diagnose intellectual prowess in young children. In the wake of her newfound fame, Parade magazine launched the popular “Ask Marilyn” column where she solves puzzles and answers questions on various subjects, which still runs today. The most famous of them was the Monty Hall math problem, which she answered correctly in 1990. In 1980 New York magazine called her and her husband Robert Jarvik the smartest couple in New York.

Leonardo da Vinci is one of the most celebrated artists of all time, creating masterpieces such as The Last Supper, The Mona Lisa, and The Vitruvian Man. Da Vinci was more than an artist. He was a scientist, mathematician, inventor, and a biologist. After his death, his journals from the late fifteenth century were discovered, revealing a spirit of scientific inquiry and inventiveness that were centuries ahead of their time. For instance, many people believe that the modern day helicopter was actually deceptive in his sketches. And one of the earliest descriptions of the mesentery- the newest organ to be discovered in the human body in the last couple of years was made by him all those years ago. Far from just a talented artist, Da Vinci is one of the most diversely talented individuals in human history

William James Sidis was one of the smartest men to have ever lived if judged alone by IQ. In fact, his astounding IQ score of 275 outshines everyone in this list. The  IQ score between 90 and 110 is considered average and over 120 is considered to be superior, so that’s just astounding. He entered Harvard University at age 11 as one of the youngest students in the school’s history. At age 16 he earned his Bachelor of Arts degree, cum laude. After graduation, he had a brief stint as a math professor. In July 1944 Sidis’ landlady found him unconscious in his Boston apartment. He had suffered a massive stroke and was declared dead at the mere age of 46.

All these 10 Most Intelligent People Of All Time were the blessing we human needed for the stability and development of our society, culture and other technological or geographical advancement. The work they did for the generation after them it is still fruitful and will continue to be so for a longer period of time to come.
So this was the list of Top10 Most Intelligent People Of All Time. We hope that you liked it. Thank you for reading. A

Here, we provided you about 10 Most Intelligent People Of All Time. If you have any questions or query or any other information related to this article, you can let us know by dropping a message through the comment box below. We wait for the feedback and suggestions from everyone reading this article.

You can get more of such information through our portal sociastute.com. Also, you can find all the latest information related to education, current affairs, internet, and daily news so make sure to subscribe to our portal and also share this article on social networking platforms Facebook twitter Whatsapp and more.